Hugo, the fast and flexible static site generator, is really coming of age. I wanted to give a quick update about the progress Hugo has been making over the past couple months.

Hugo can now be found at http://gohugo.io. Update your bookmarks.

I want to formally welcome our newest team members.

Tatsushi Demachi has been making excellent contributions hugo, particularly with extensions to the template capabilities. The two biggest additions to the layouts, where and groupBy both came from him.

Anthony Fok is on a mission to improve the Hugo documentation. He’s making improvements across the entire documentation and we all benefit from his efforts.

Nate Finch has joined and injected some much needed support. He’s been helping everywhere, from code contributions, to supporting developers to setting up our new discussion forum (see below).

Hugo doesn’t have a official “team”. We welcome contributions from everyone and have received contributions by over 90 people so far. If anyone is interested in helping out, please do. Once you’ve made a few contributions ask for contributor access. Currently Nate and Steve manage this.

Hugo has a brand new discussion forum. It became apparent to me that google groups was no longer serving our growing community. We really needed a discussion forum that had a great web experience as well as the ability to continue with the email only interface. I also wanted the ability to easily categorize things into different channels. Lastly I didn’t want people to need to setup new accounts. We decided to go with Discourse, an open source modern discussion platform. It provided all the features we needed and has been great for our community. We soft launched it and within two weeks the amount of discussions being had has risen significantly. Most importantly, users are helping other users.

Nate contributed a lot of work setting it all up. He wrote up his experience on his blog at deploy discourse with juju.

A lot has happened since Hugo v0.11.0 was released. Most of the work has been focused on polishing the theme engine and adding critical functionality to the templates.

This release represents over 90 code commits from 28 different contributors.

The community is really expanding. Alongside the new discussion forum we are also launching a hugo blog where updates like this will reside in the future.

We will also be launching a theme gallery where users can view the various themes available for Hugo.

We’re focused on the v0.13 release. There’s a lot to look forward to in this release. Check the v0.13 Milestone for which tickets we are working on. 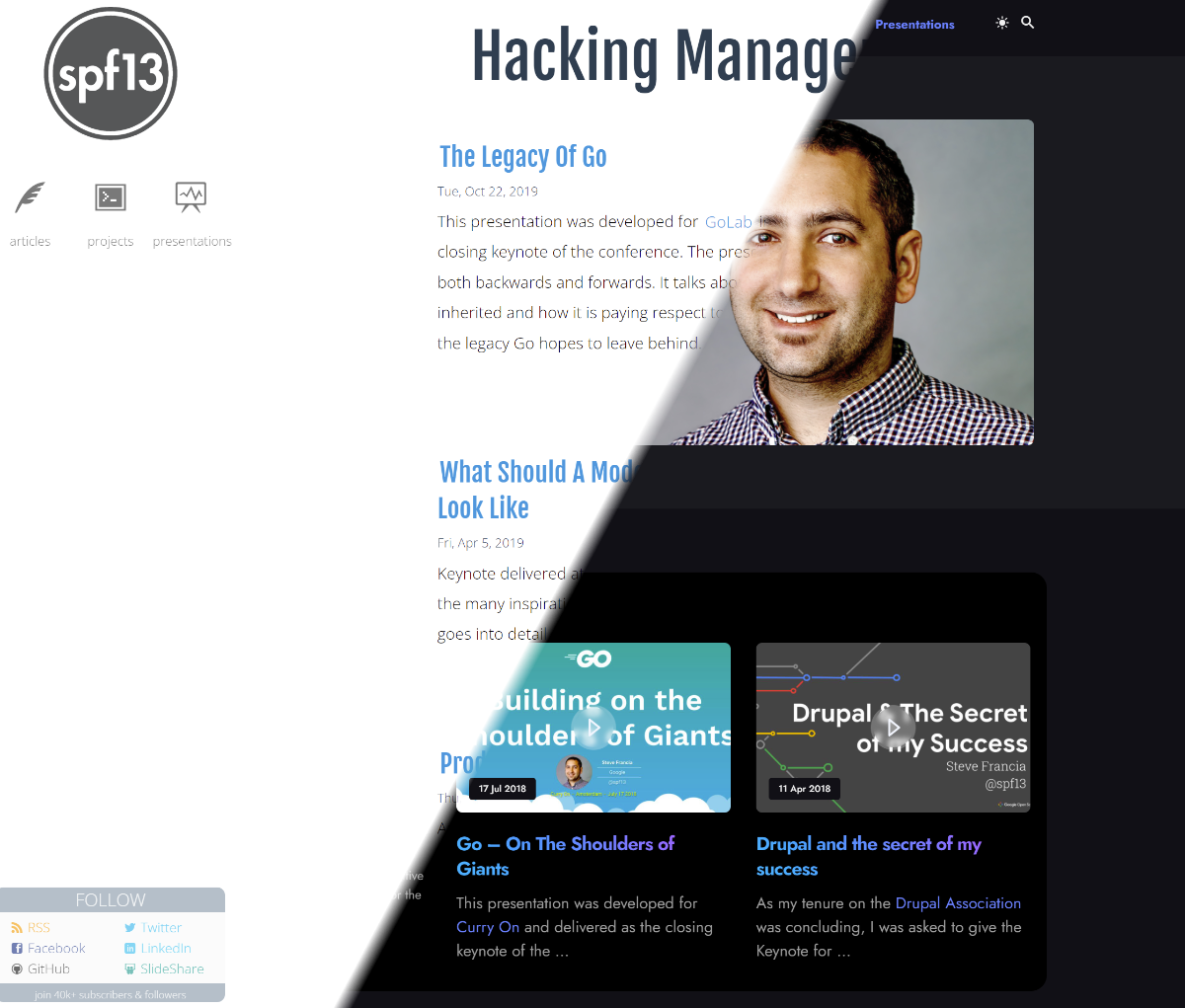