Facebook just unveiled their biggest change yet. The http://www.new.facebook.com website is a preview of the next design of Facebook. The new design places more emphasis on friends and actions and downplays the applications. There is a lot more than just design going on. They also reveal some new functionality. I will present an in-depth review of what to expect from Facebook complete with screenshots.

The new profile screen is where the meat of the changes are. First of all the new layout is a welcome change. Noticibly missing are the excessive applications that were turning Facebook into myspace (and that is a bad thing). It is very ajax driven and most actions happen without leaving the page. 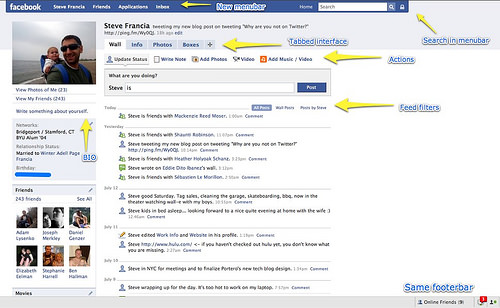 The info tab retains the sidebar and looks similar to the current version, except with increased usability as you can now edit on the same screen. 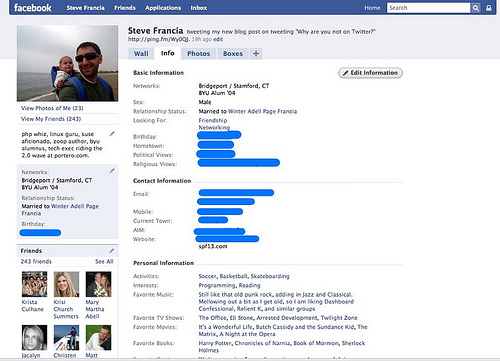 The photo tab is much more prominent that photos were previously on Facebook. This is a sign that Facebook is finally getting it that media is important. 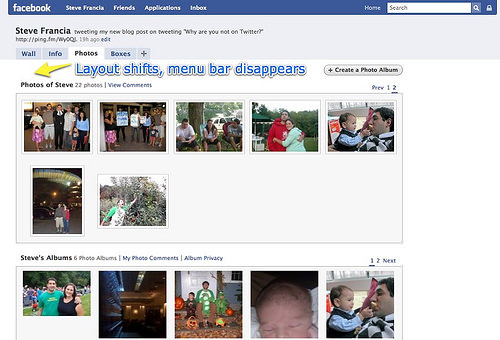 The applications for the most part have been hidden in the Boxes tab. 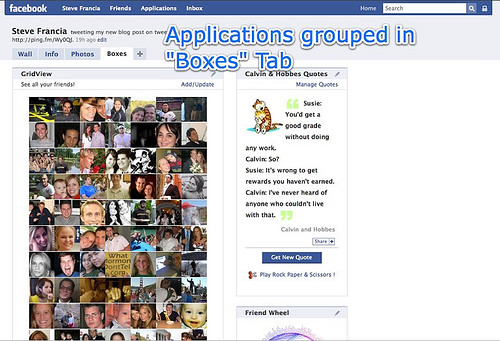 The profile is very web 2.0 and ajaxy, or whatever term you want to use. It is responsive and intuitive. Try to upload a photo or video on Facebook currently. It is easily the most overly confusing process on the site. The new Facebook completely fixes this by placing actions right on the profile page. 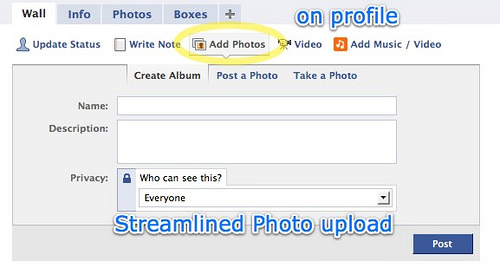 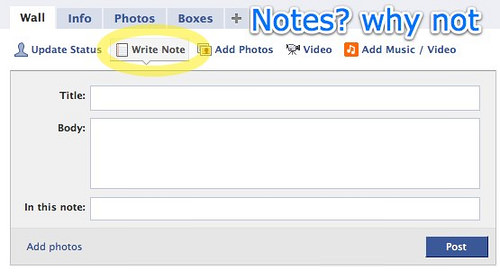 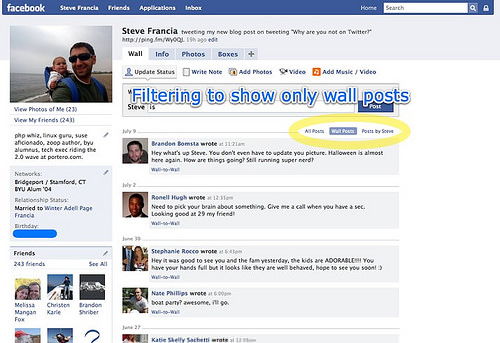 In the new version Facebook made a good choice in having the new applications menu appear in the new top nav, and pop out instead of occupying valuable real estate. It appears that not all applications will just work with the new Facebook, but the Facebook created ones are already ported over. 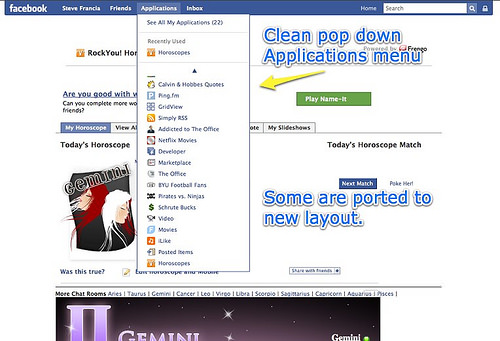 Little has changed here. A screenshot just for proof. In all honesty though, this was the one thing Facebook already did an impressive job with.

Read in about 2 Min

Steve Francia is an American Software Engineer, Speaker & Author based in NYC. He has the unique distinction of leadership roles in five of the largest open source projects.

He currently works at Google on the leadership team of the Go language where he is responsible for the strategy and product of the Go project and it's over 1M users.

He previously held executive roles at Docker, MongoDB where he led engineering, product and open source. He formerly was a director of the Drupal Association.

He is the creator of some of the world's most popular open source applications and libraries including Hugo, Cobra, Viper, spf13-vim and many more.

Above all of these accomplishments, he is a father of 4. Outside of technology Steve likes travel, skateboarding, punk rock, and dystopian films.